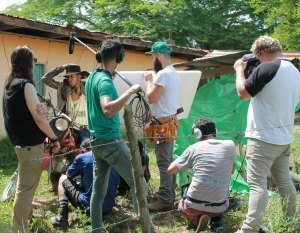 My time in Honduras with Twenty Two Pictures was nothing short of magical. Filming Catrachos y Kings was an adventure for sure—every day was a new experience for me since I'd never left the United States before. Most days began at 6 a.m. and ended anywhere between 9 p.m. and 1 a.m. However, the time would go by relatively fast after we ate breakfast, travelled to set, production designed the set, lit it, and then filmed a few scenes. Some days I was acting, some I slated, and some days I was strapped to a roof of a car holding an LED. There was never too much downtime because of the strict deadline for filming, but we sometimes played soccer with children or went around Olanchito looking for cool Honduran tapestries for our dorm rooms at ND. My favorite part of the whole trip was learning to ride a motorcycle for the role in the film. Helping make a feature film and acting in one at the same time is very exhausting, but an experience like no other—especially when the majority of the people around don't speak the same language as you. I was forced to get better at Spanish; if I hadn't, I wouldn't have understood the entire process of making a feature film. After this trip, if I was given a budget, I'd feel confident in my ability to make my own feature. 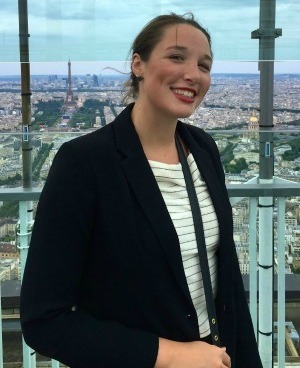 Thanks to the generosity of the Nanovic Institute for European Studies, under the Herrly Internship in Paris Grant, I was able to spend seven weeks of my summer in Paris, France, working for Notre Dame alum, retired U.S. Army Colonel Peter Herrly’s Blue Line Films.  As director of marketing, I sought out past and new avenues to distribute Col. Herrly’s two feature-length screenplays, two drastically different and unique WWI stories. Not only was this an amazing opportunity to gain insight into the realities of the film industry both in Hollywood and Paris—and in particular the roadblocks and pathways to greenlighting a script—but my time in France sparked in me a passion for foreign cultures and ways of life. Having never been abroad prior to this, my work with Blue Line Films met and exceeded anything I could have ever hoped for in an internship—I was challenged, intrigued, and inspired and am ecstatic to know what possibilities lie ahead after graduation, not only in the States but abroad. 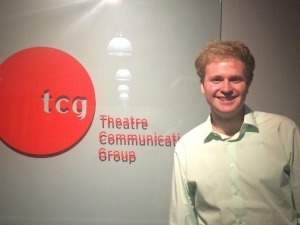 As a development intern, I researched potential funding opportunities for the organization and initiated donor outreach by writing grant proposals and reports. I was able to complete a proposal to Consolidated Edison for funding the company’s annual Fall Forum on governance. I had the unique experience of traveling with TCG to Washington D.C. for their annual conference in late June. My time as an intern revealed an entirely different side of the theatre industry: the fundraising behind the arts and the presence of a national theatre community.