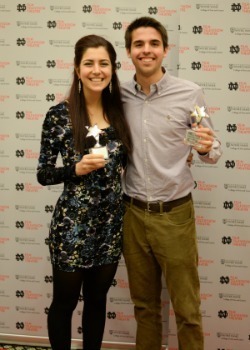 The Notre Dame Student Film Festival screens films made by ND undergraduates during the past year as class projects. These students study the art of filmmaking in advanced, intermediate, and introductory film and video production courses taught in the Department of Film, Television, and Theatre.  All films are shot on location and often feature the acting talents of Notre Dame students and faculty. Audience members are now invited to vote for their favorite film via text message, and the Audience Choice Award is presented after the final screening.  The 2015 Audience Choice Award went to Much Ado After School, directed by Nicole Sganga and Brian Lach.

An annual launching pad for student filmmakers as they begin their careers in the film, television, and entertainment industry, the festival has featured the first films of future award winners such as Peter Richardson (2011 Sundance Film Festival Grand Jury Award winner, How To Die in Oregon) and John Hibey (2012 Sundance Film Jury Award Winner for Short Filmmaking, Fishing Without Nets).

Writer’s block meets actor’s ambitions in a slick trip through a rough draft.

A teenager’s stable world cracks when his desire for a college education forces him to confront the weight of his damaged family - and ultimately, his closest friend.

There’s a party at the house down the street….or is there?

Metta Johnson wants to be a big time Hollywood director. But he has no talent and no creative skills. Here’s proof.

The girl next door is looking for love in all the wrong faces.

Isn’t It Pretty to Think So (16:56)
John Rodgers, Carleigh Coyne

After a short stint in a rehab facility, Owen comes home to find that some things never change.

Stylishly haunting, a young woman attempts an escape from a prison-like mental institution.

A dermatologist, a librarian, and a grocery store clerk. Not exactly the three wise men, but some pregnancies are just surreal. 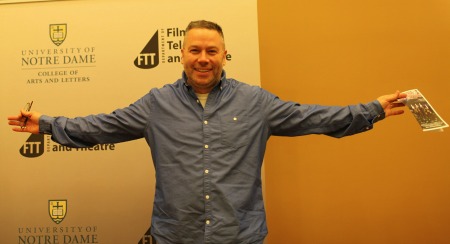