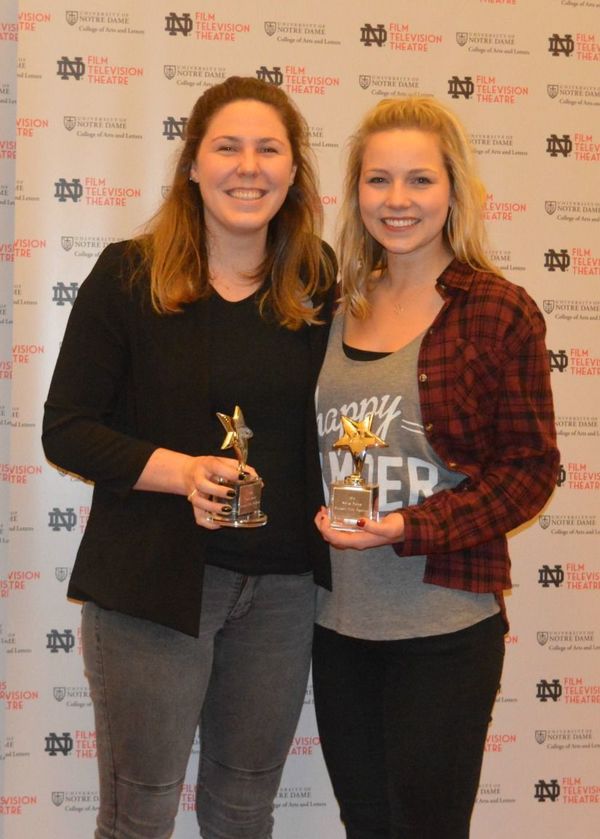 The Notre Dame Student Film Festival screens films made by ND undergraduates during the past year as class projects. These students study the art of filmmaking in advanced, intermediate, and introductory film production courses taught in the Department of Film, Television, and Theatre.  All films are shot on location and often feature the acting talents of Notre Dame students and faculty. Audience members are now invited to vote for their favorite film via text message, and the Audience Choice Award is presented after the final screening. The 2016 Audience Choice Award went to Caroline Clark and Kelly Quinn for patrolling sandy hook.

An annual launching pad for student filmmakers as they begin their careers in the film, television, and entertainment industry, the festival has featured the first films of future award winners such as Peter Richardson (2011 Sundance Film Festival Grand Jury Award winner, How To Die in Oregon) and John Hibey (2012 Sundance Film Jury Award Winner for Short Filmmaking, Fishing Without Nets).

Five Simple Steps (11:38)
Lauren Josephson, Camille Muth, Zach Ostapchenko
When it comes to life or death, even the Grim Reaper has feelings.

Revenge of the Fallen (4:11)
Wisdom Mak
There is no greater love than a student and her phone.

Platonica (12:47)
John Haley, Emily Dauer
A graduation party reunites Annie and Sam, and reignites a relationship which was much different when both were in college.

No Presentation (8:43)
Eric Ways, John McDonough
Is it a group presentation if only one guy shows up to class?