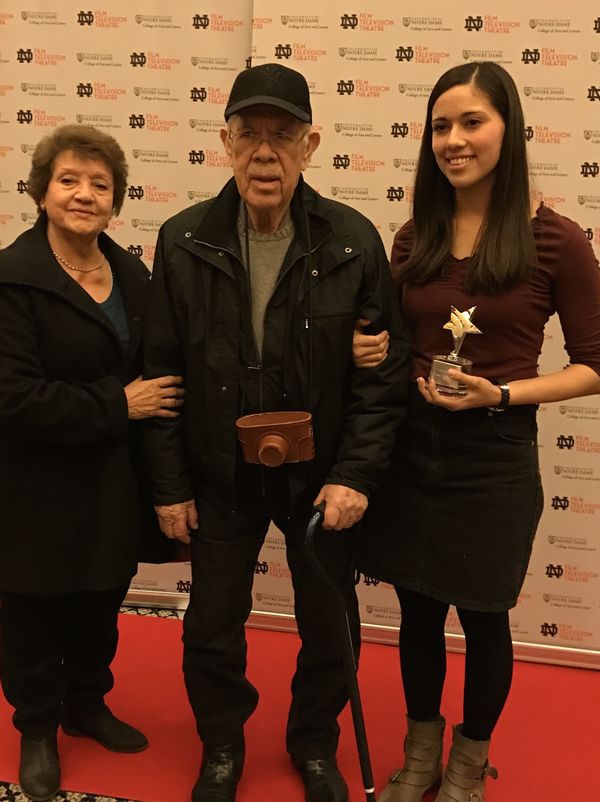 The Notre Dame Student Film Festival screens films made by ND undergraduates during the past year as class projects. These students study the art of filmmaking in advanced, intermediate, and introductory film production courses taught in the Department of Film, Television, and Theatre.  All films are shot on location and often feature the acting talents of Notre Dame students and faculty. Audience members are now invited to vote for their favorite film via text message, and the Audience Choice Award is presented after the final screening.

The 2017 Audience Choice Award went to Crystal Avila for Debajo de los árboles (Beneath The Trees).

An annual launching pad for student filmmakers as they begin their careers in the film, television, and entertainment industry, the festival has featured the first films of future award winners such as Peter Richardson (2011 Sundance Film Festival Grand Jury Award winner, How To Die in Oregon) and John Hibey (2012 Sundance Film Jury Award Winner for Short Filmmaking, Fishing Without Nets), as well as numerous others. Many films from past festivals have also been selected for national and international film festivals, including:

Prayer Associate
Ryan Taylor, Ben Vasquez (8:42)
From high above, there’s plenty of work for Woody at the Department of Prayer Relations.

Nothing To Be Done
Colton Williamson, Moira Hamilton, Cody Mason (23:20)
An undergraduate opus spins through a triangle of love.