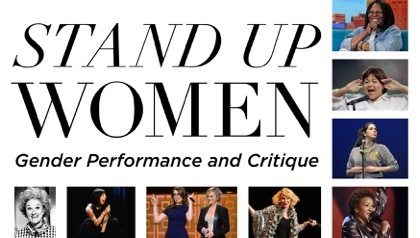 In this presentation, Dr. Mary Beth Haralovich, Professor in the School of Theatre, Film, and Television at University of Arizona, will focus on how female stand-up comics critique social norms of gender, sexuality, race, and class. As performers, they make their way through the production culture of comedy and its industry gatekeepers. Using “inappropriate” feminine behavior, these comics defy and deconstruct conventions of the gendered human body, female desire, and sexual politics – and enjoy doing so. The presentation will survey a pantheon of female stand-up comics, from pioneers Phyllis Diller and Joan Rivers to second-wave feminists Whoopi Goldberg and Roseanne to comics today -- Sarah Silverman, Amy Schumer, Margaret Cho, Wanda Sykes, Tina Fey, Amy Poehler, and Samantha Bee.

The talk will be followed by a reception celebrating the 10th anniversary of the Television concentration within the Department of Film, Television, and Theatre.