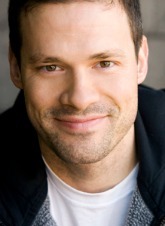 Francis Kelly is an actor, director, producer and acting coach.  After graduating from Notre Dame, Francis completed the Actor Training Program at the Shakespeare Theatre of New Jersey.  While a member of their acting company, he appeared as Jack in their record breaking runs of A Child’s Christmas in Wales, and originated the roles of the White Rabbit and the Dormouse in their World Premiere of Wonderland, Brian B. Crowe’s psychological investigation of Lewis Carroll and his stories.

After teaching a master class at CAP21 (Musical Theatre Conservatory), Francis was asked to join the faculty of their Summer Intensive Musical Theatre Training Program, teaching auditioning techniques to groups of college age students of varying skill levels.  He later joined the faculty of the undergraduate program, and assisted CAP21's graduating seniors with their transition out of the conservatory, specifically helping them polish audition skills and foster industry relationships.

Francis’s New York credits include playing “Mayor Bloomberg” (and various other characters) in the NYMF Audience Award-winning production of Smoking Bloomberg; “Burrs” in Michael John LaChiusa’s The Wild Party at Columbia Stages, and the dual role of “Old Major” and “Benjamin the donkey” in the Drama Desk nominated New York premiere of George Orwell’s Animal Farm.