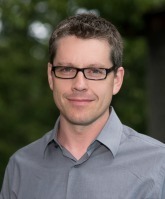 Michael Kackman teaches courses in the history and criticism of US television, film and tv genres, Cold War American culture, nationhood and political culture, and history and memory practices in everyday life.  His work has been featured in Cinema Journal, FlowTV.org, and other publications, and he is the author of Citizen Spy: Television, Espionage, and Cold War Culture (University of Minnesota Press, 2005), and co-editor of Flow TV: Television in the Age of Media Convergence (Routledge, 2010).  With Mary Celeste Kearney, he's currently editing The Craft of Criticism: Critical Media Studies in Practice, to be published by Routledge.

Michael is also the co-host (with Christine Becker) of Aca-Media, the official podcast of Cinema Journal and the Society for Cinema and Media Studies.