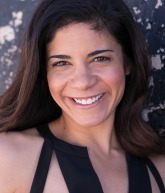 Professor of the Practice, Head of Acting and Directing
M.F.A., The Theatre School at DePaul University
B.A., Saint Mary’s College

Siiri Scott is currently the Head of Acting and Directing in the Department of Film, Television and Theatre, where she has taught for the last 20 years.  Originally an Artist in Residence at the university, she now focuses on preparing students for professional training.  She received both the Kaneb Center and Joyce Awards for Excellence in Undergraduate Teaching in 2004, 2007, and 2014.  She has directed 17 productions at Notre Dame and serves as Acting, Voice, and Dialect coach for the department.

Prior to joining the university, Siiri worked in Chicago with Chicago Shakespeare Theatre, Lifeline Theatre, and hosted the KidsWB for WCIU.   She spent a sabbatical semester in Los Angeles, where she filmed an episode of “City of Angels.”  The subsequent semester took her to Milwaukee to act in The Kentucky Cycle, and to Seattle, where she consulted with Theatre Babylon, Book-it Repertory Theatre, and taught several residencies with Seattle Children’s Theatre.  She also co-directed Roll of Thunder, Hear my Cry at First Stage Milwaukee.   Siiri is a company member with Theatre Nohgaku, an international company devoted to bringing the tradition and beauty of Noh to the English speaking world.  With her company, The Skilled Speaker, Siiri also coaches public speaking and recently began narrating audiobooks.  In 2015 she directed the Jeff-nominated production of My Brilliant Divorce for the Irish Theatre of Chicago (ITC).  Siiri's upcoming productions include a devised performance of "The Soap Factory" for the Poet Laureate of the United States, The Weir by Conor McPherson for ITC, and the development of a new work for The New Colony theatre company.