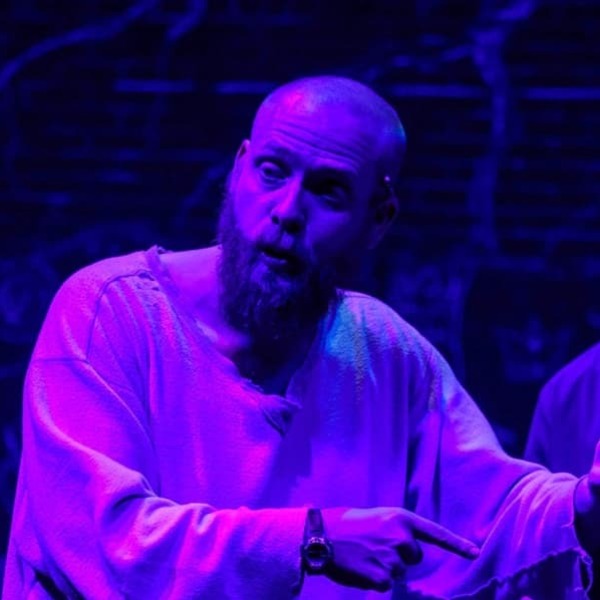 Matt Hawkins is a Chicago-based director, actor, fight choreographer and movement director. He is a Founding Member of The House Theatre of Chicago, an Artistic Associate and Resident Director with Strawdog Theatre, and has been an Artistic Associate with 500 Clown. He has also worked with The Kennedy Center, Stratford Shakespeare Festival, Steppenwolf, Goodman, Lookingglass, The Clarice Smith Performing Arts Center, Chicago Children’s Theatre, Victory Gardens, Old Town School of Folk Music, and his TV/Film Credits include Happily After (Glass City Films) and Chicago Fire (NBC). He has served as the director for the Chicago Public Schools' annual production at Chicago Shakespeare Theatre, which was the recipient of the National Arts and Humanities Youth Program Award, presented by Michelle Obama in 2014. He has been nominated for sixteen Jeff Awards and has been awarded five, including three for Best Fight Choreography, one for Best Director of a Musical, and Best Production of a Musical. He was named one of the top five “Most Prolific Artists Of The Decade” by Time Out Chicago, and his production of Red Noses at Strawdog Theatre was named one of the Top Ten Shows of 2009 by Time Out Chicago.

While completing his B.F.A. in acting from Southern Methodist University, he was the recipient of the Greer Garson Award, the Bob Hope Scholarship, and the Dallas Critics’ Forum Award for Best Actor for his portrayal of Linus in You’re A Good Man Charlie Brown. He was a candidate for the Alan Schneider Directing Award, a finalist for the Eugene O’Neill National Directors Fellowship, a finalist for the National Alliance for Musical Theatre’s New Musical Theatre Festival, a semi-finalist for The Eugene O’Neill’s National Music Theatre Conference, and the recipient of a Faculty Research Support Program Award to fund My Heart Says Go (New Works Lab, University of Notre Dame) for creative development with Apples and Oranges Arts and The Goodman Theatre. He holds an M.F.A. in directing from The University of Iowa, where he was an Iowa Arts Directing Fellow and the recipient of the IRAM Award for outstanding contribution to Iowa’s New Play Festival.