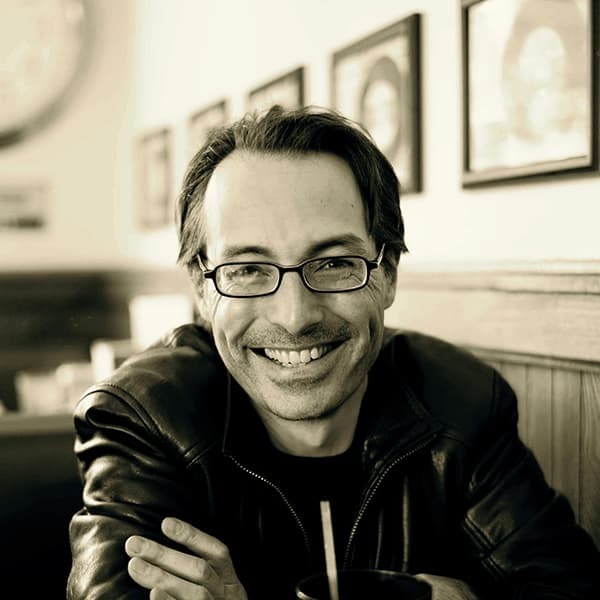 A French and American scholar and filmmaker, Olivier Morel is the director of several feature-length nonfiction films (documentaries), the author of essays and one graphic novel with the artist and writer Maël. His academic work, as well as his films, highlight the importance of creation and the arts (music, literature, cinema, photography) in the perception of historical events. He is an associate professor in the Department of Film, Television, and Theatre and a concurrent faculty member of the Department of Romance Languages and Literatures.

While creating radio documentaries and working as a community organizer for many years, Morel pursued a master’s and post-master’s degree in social sciences and political philosophy at the University of Provence (Aix-en-Provence, France) under the supervision of Jean-François Mattéi, Bruno Etienne and Mustapha Khayati. He then studied at the École des Hautes Études en Sciences Sociales in Paris, France, where he attended Cornelius Castoriadis’s seminars as well as those of Jacques Derrida who has had a significant influence on his work. At the Collège International de Philosophie he attended Hélène Cixous’s seminar and has devoted several scholarly papers to this writer, playwright, and thinker. He defended his doctoral dissertation (Ph.D.) at the University of Paris 8 in 2011 under the direction of Bruno Clément.

After having coauthored several films for public and private television channels, his first feature nonfiction film On the Bridge (ARTE-TV “Grand Format,” France, Germany, USA, 2011) received many prizes in international film festivals. In On the Bridge young female and male soldiers of the U.S. military give account of the crimes perpetrated during the war in Iraq (Operation Iraqi Freedom) through the prism of the severe post traumatic stress (PTSD) that they endured. The film was awarded the Second Jury Prize at the Baghdad International Film Festival (Iraq) in 2013. His third award-winning feature-length film, Ever, Rêve, Hélène Cixous, explores Cixous’s poetic endeavors as well as her current activity as a “house playwright” of the Théâtre du Soleil.