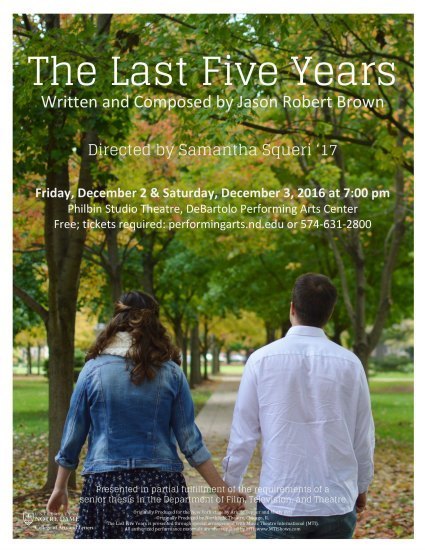 The Last Five Years is the musical story of a man and a woman who fall in and out of love over the course of five years. This production is presented as part of a FTT senior thesis exploring the role of gender in theatre and its impact on audience perception. It will include the full show with the traditional casting followed by excerpts from the show with gender-inverted casting, as well as brief audience surveys.

For more information about this production or the thesis project, click here.

Event contains mature content. This is a free but ticketed event.  Reserve tickets