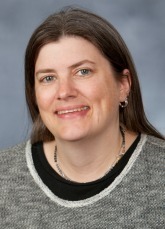 Christine Becker is an associate professor specializing in television and film history and critical analysis.

In 2004, Fox’s American Idol drew 27 million viewers each week, Netflix was solely a DVD-rental service, YouTube didn’t exist, and no one at the University of Notre Dame could major in television.

Courses about TV were offered within the Department of Film, Television, and Theatre then, but not enough of them to enable completion of the 10-course FTT major. An FTT student interested in TV had to major in film.

Then-Chair Donald Crafton had recognized this issue back in 2000, when he hired me to introduce more television courses to the curriculum. By 2004, FTT faculty heard from so many students yearning to know more about the television industry, TV history, the mechanics of television production, and the medium’s role in American and global culture that we recognized we had to expand the department’s offerings even more.

The only way to satisfy that demand was to establish television as a standalone concentration within FTT and build upon the resulting student enrollment to foster more courses. Accordingly, armed with creative curricular ideas from my colleagues Susan Ohmer, Karen Heisler, Jim Collins, and Gary Sieber, we forged ahead by offering a separate TV major within FTT starting in the 2005-06 academic year.

Ten seasons of television later, we’ve seen American Idol exit with only 13 million watching, thanks to a broadcast network infrastructure diminished by competition from Netflix and YouTube’s streaming services.

Ten academic years of the television major at Notre Dame later, it is now the department’s highest-enrolled concentration, and graduates can explain why the television industry has changed so much, point to previous eras in TV history that can help us predict what future developments are on the way, discuss the cultural implications of the changing entertainment landscape, and credit a growing slate of internships for allowing them to witness these developments firsthand.

As a result, those Domers who strive to work in television are now equipped with the knowledge, skills, experience, and ethical perspective necessary to contribute to the medium’s next stage.

Ten years from now, whether television is streaming or in some form yet to be envisioned, Notre Dame graduates will be working behind the scenes to shape it, thanks to the passion FTT students first expressed—and the forward-thinking vision Donald Crafton and my FTT colleagues had, ten years ago.