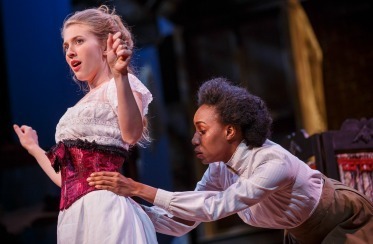 FTT’s Theatre concentration is designed to integrate theory and practice, with three core courses intended to support study in all three areas of the concentration – performance, production & design, and literary/critical studies.  With careful planning, students can focus at least half of their coursework in the major in their primary area of interest.

The FTT Theatre Season is a direct outgrowth of our academic program and an integral component of our students’ artistic development.  We encourage interested students to get involved while in the First Year of Studies, even before declaring a major.  Theatre Season shows are produced in the Philbin Studio Theatre and Patricia George Decio Theatre, both in the DeBartolo Performing Arts Center.